What do Pacific salmon and wolves have in common?

Each of these animals are identified as a keystone species.  A keystone species is defined in the Oxford Dictionary as, ‘a species on which other species in an ecosystem largely depend, such that if it were removed the ecosystem would change drastically.’

To see an impressive story about how wolves as keystone species transformed Yellowstone park in the US, click the link below:

In the course of a science unit which included learning about cells and systems within organisms, the Grade 6-7 class also explored the different species of Pacific salmon and their ability to thrive in a diverse range of environments throughout their life cycle and migration.   Salmon have tremendous importance to the people and the entire Skeena river watershed.  It is hard to overstate the importance of salmon to our province! 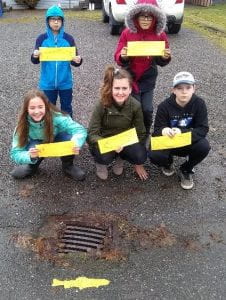 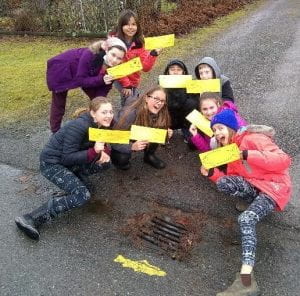 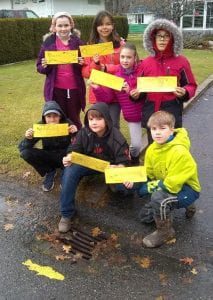 Literally bringing the truth about the significance of salmon home was the recent appearance of a new species of yellow salmon seen on the streets of Terrace!  Here’s a link to an article in the Terrace Standard giving the background on the reasons for the yellow fish painted on streets this fall:

The Grade 6-7 students wrote poems, created yellow fish and wrote a summary of key learning about salmon as a keystone species and the concept of biomagnification. 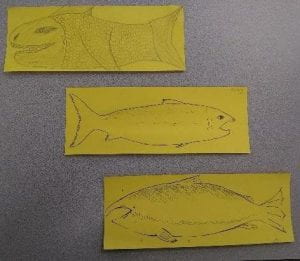 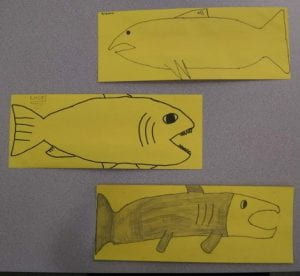 These, along with a short video by students, were shared with the school to help raise awareness of the importance of our whole community to be thinking and acting as Earth Keepers, literally right where we live.  How awesome to see the complexity and intricacy in what God has created and sustains in our world through the lives of salmon in the Skeena watershed.  We are called to be stewards of what He’s created!